Belgium is situated in the west of Europe. The land here mostly comprises of flat coastal plains in the northeast, and southeast is occupied by the Ardennes Forest. Dutch, Flemish, French and German are the official languages of Belgium, with Dutch being the widely spoken followed by French. The weather here is pretty predictable. The months from April to September are the warmest. Otherwise the weather is pretty humid and skies are gray, that explains why umbrellas and raincoats are a part of the dressing. So, if your visit is planned for holidays during the rainy season, don’t forget to carry sufficient cover for maximum protection, as this is a coastal region.

Belgians are English-friendly and will make every attempt to speak in English with a foreigner. Always remember to carry a small gift or at least flowers especially when invited over dinner. The dress to wear will be mentioned in the invitation, when invited for a party. Smoking in public is acceptable. 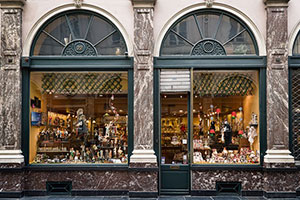 Brussels, Antwerp, Bruges, Ostend, Namur, Mons, Liège, Ghent and Mechelen are the main shopping centers. Belgium is famous for ceramics and hand-beaten copperware from Dinant, laces from Bruges, crystals from Val Saint Lambert, woodcarvings from Spa and Belgium’s finest chocolates. In jewelry, diamonds from Antwerp are on high demand.

The specialty of most of the restaurants is horse and rabbit meat dishes. Although visitors can find a wide range of ethnic foods, but the most famous are frites and mayonnaise and mitraillette; mitraillette is a large bun filled with fries, donair meat and garlic sauce, the vegetarians can ask for a veg. substitute for the donair meat. While eating at a restaurant, tipping is considered customary along with the value-added tax. At the cinemas, leave a €0.50 tip for the attendant and €0.25 after using the public toilets.

Delta Air Transport has inaugurated its new European airline SN Brussels Airlines that flies to more than 58 destinations in Europe and as well as worldwide. The Brussels Zayentem airport is twelve km from the city and it takes 35 minutes to reach the city from the airport. The airport has facilities like duty free shops, car parking, taxi booking, car hiring, banks, post office, restaurants, and medical help. Internet and fax services are provided for the passengers. The Airport City Express train transports passengers to three main railway stations – Brussels North, Central and South. One can avail a bus which runs regularly from the airport, taxis can also be hired which wait outside the arrival hall. Tipping the taxi drivers is considered customary. Train runs every 15 minutes.

Another airport, Brussels South Charleroi, is 5 km away from Charleroi and 46 km from Brussels. Ryan air serves as the local airline here and has cheap deals for several European destinations to and from Charleroi. The facilities provided here are bus and train services, café, car hire, and duty free shops.

Ostend airport is 5 km away from the city and car parking, car hire, duty free shops, and restaurants are provided here.

Antwerp airport is just 2 km away from the city. Buses run to the Brussels Central Station every few minutes.

Liege is situated at a distance of 5 km away from the city. Buses run at regular interval here. 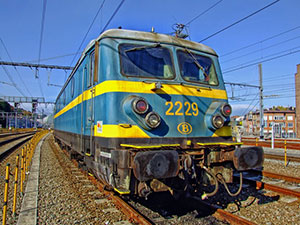 There is a network of high-speed trains, which are operated by Thalys, from Belgium to France, connecting Brussels with other destinations like Bordeaux, Chambéry, Cannes, Marseille, Lyon, Nice, Valence Perpignan, and Rennes. Booking should be made in advance for these trains. The national railway operates through out the day providing service every few minutes to destinations such as Andorra, Austria, France, Czech, Germany, Italy, Poland, Luxembourg, Switzerland, the UK and the Netherlands. Insiders can avail the Inter-Rail pass which allows visitors to travel almost 29 European Countries. This service is valid for residents who have been settled there for more than 6 months.

Visitors can carry alcohol, tobacco, cigarettes, coffee and tea without getting customs duty levied on them, but only the goods should be limited. Check out for the limits before carrying such goods. Food items that are not preserved are better avoided.