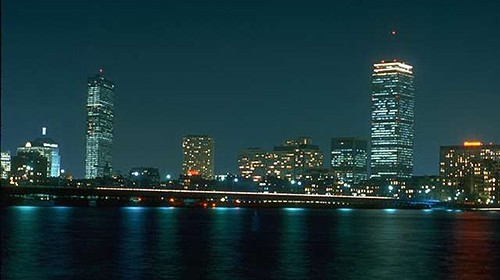 Boston is the capital and largest city in the Commonwealth of Massachusetts. It is the unofficial capital of the region known as New England. Boston is also one of the oldest, wealthiest, and most expensive places to live in the United States. Its economy is based on education, health care, finance, and technology.

Boston has many nicknames. The City on a Hill came from the original Massachusetts Bay Colony’s governor John Winthrop’s goal to create the biblical “City on a Hill.” It also refers to Boston’s original three hills. Beantown refers to early Bostonian merchants’ habit for making baked beans with imported molasses. For Boston’s role in instigating the American Revolution, it is also sometimes called The Cradle of Liberty. People from Boston are called Bostonians.

Essayist Oliver Wendall Holmes once described Boston as the “hub of the solar system”, and the Hub it is! This beautiful city on the bay is richly endowed with landmarks of historical significance and unlimited cultural and entertainment possibilities. It is a relatively compact city, and most of the major places of interest are within walking distance of each other. The Freedom Trail (also known as the Red Line you see running along Boston’s sidewalks) winds through a path of 16 of the historically significant sites associated with the beginnings of our Republic. The tour begins at the meadowlands of Boston Common and ends at the harbor in Charlestown Navy Yard, winding along the way for 2.5 miles through downtown Boston and the attractive North End. Sites along the trail include Faneuil Hall, the Old North Church, and Copp’s Hill Burying Ground.

Upon completing the trail, many pause to try the cannoli at Mike’s Pastry on Hanover Street in the North End. Be prepared to wait in line. This bakeshop is popular with locals as well as tourists (including Bill Clinton!).

The Isabella Stewart Gardner Museum and the Museum of Fine Arts house some of the world’s most famous works by such greats as Singer Sargent, Rembrandt, Vermeer and Botticelli as well as a stunning three story garden atrium. Meanwhile, Fenway Park, one of the most vaunted in baseball, is home to the no longer cursed Red Sox, while football’s Superbowl Champion Patriots reign supreme in Foxboro. Being a Boston Sports Fan.

Harvard Square boasts bookstores, cafe chess players, street musicians and some of the most eclectic shopping in Boston. Harvard Square is where you might sit down for an afternoon with a cappucino and a thick novel, or where you might just walk around and let the crowds entertain you. There’s no shortage of sights in this small, entertaining enclosed space.

Don’t miss visiting Boston Public Garden and the swan boats; Newbury Street with its boutiques and art galleries; the Italian North End with its old-world ambience; Beacon Hill, with its gas lamps and Yankee Federal architecture, Louisburg Square mansions and the gold-domed State House; and the South End, with its Victorian row houses.

If it’s culinary excellence you desire, make a beeline for the fabulous French fare of Radius. Or meander through the campus of the country’s preeminent university, Harvard, in Cambridge en route to celebrity chef Jody Adams’s Rialto. For a hometown specialty, dine on fresh chowder at Turner Fisheries, then head to the Cask ‘n’ Flagon bar near Fenway for a cold pint and a chat with Boston’s finest feature: its people.

Boston is a city of dreams and also a city alive and pulsing with energy at all hours of the night.

Faneuil Hall and Harvard Square are well lit and filled with patrons of the many bars and restaurants. There is dancing, a game of pool here and there, and lots of music everywhere for every taste. Irish music, sounds of the Middle East, alternative rock, jazz, salsa, and meringue to name a few.

“Take a hike” in Boston can mean anything from a romantic stroll on The Charles River Esplanade to a try at winning the Boston Marathon. Wherever your hike takes you, there are incredible sights to see: Beacon Hill, with its old brick sidewalks and Federal bow-front architecture; Cambridge’s Brattle Street, which runs from Harvard Square past stately Tory-era mansions; the Commonwealth Avenue Mall from the Public Garden to Kenmore Square; and the walking paths through the Arnold Arboretum.

Boston is a favorite with families. There is the New England Aquarium with its huge, two-story-high fish tank; the lowland gorillas at the Franklin Park Zoo; the interactive exhibits of the Children’s Museum; the displays, the giant-screen Omni Theater, and the planetarium at the Museum of Science. Year round activities include skiing, snowboarding, and ice skating. Spring and summer bring white water rafting, mountain climbing, hang gliding, kayaking, surfing, hiking, and windsurfing. Only a few miles outside Boston are some outstanding seaside spots that are clean, beautiful, and accessible.

Whether you are planning a vacation with the entire family, an intensive solo shopping expedition, a journey into history with a grandchild, an “escape from stress weekend for two”, or a myriad of other relaxing and enriching opportunities: Boston is the place to go.