Blending Cultures is the Key to Frisco’s Greatness

Cultural activities and events abound in the great city of San Francisco.

There are even plenty of museums that not only promote awareness of the diverse cultures of this great city but also celebrate the contributions of these people to what this city has become. 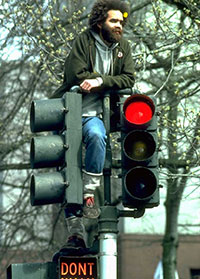 If you are planning to visit San Francisco, you will be robbing yourself of a real treat if you fail to visit some of the museums devoted to the cultural history of this city.

Below you will find museums dedicated to the great and diverse people of a city that is only as wonderful as its citizens. San Francisco truly is a melting pot of cultures, beliefs, philosophies, and ideals. If you are looking in from the outside it may not be as obvious to you as to someone who has made a great study of it, however, it is still there. The differences of people here are celebrated rather than duly noted. It’s a different world here and I think it’s an example that the rest of the world would do well to follow.

One of the first such places that I will mention is The San Francisco African American Historical Cultural Society. The goal of this society is to instill a sense of pride in African Americans of all ages, but particularly the younger generations, for their history, culture, and most importantly their heritage. The society offers art exhibits, educational workshops, cultural performances, and a vast wealth of knowledge to people of all cultures who come to learn about not only the African American heritage of San Francisco but around the world as well. This is definitely worth a visit especially for the library, which holds around 5,000 books written either by or about African Americans.

The Contemporary Jewish Museum is another place you can go to see yet another of the many cultural faces of this great city. The Contemporary Jewish Museum offers a place where people of all cultural backgrounds can come together and learn about the history of a people whose history is so epic and so tragic and yet so full of hope. I think this museum is a great way to showcase each of these things while celebrating life itself, the one thing that all of the people of San Francisco have in common.

There are other museums and cultural centers that will work to showcase the diversity of the people that make San Francisco the wonderful city that it has become as well as the important roles that every culture has played in the making of this city that is known around the world. Whether you share the culture of any of the groups represented or simply shares the humanity of us all, there is much to be learned from all cultures represented.